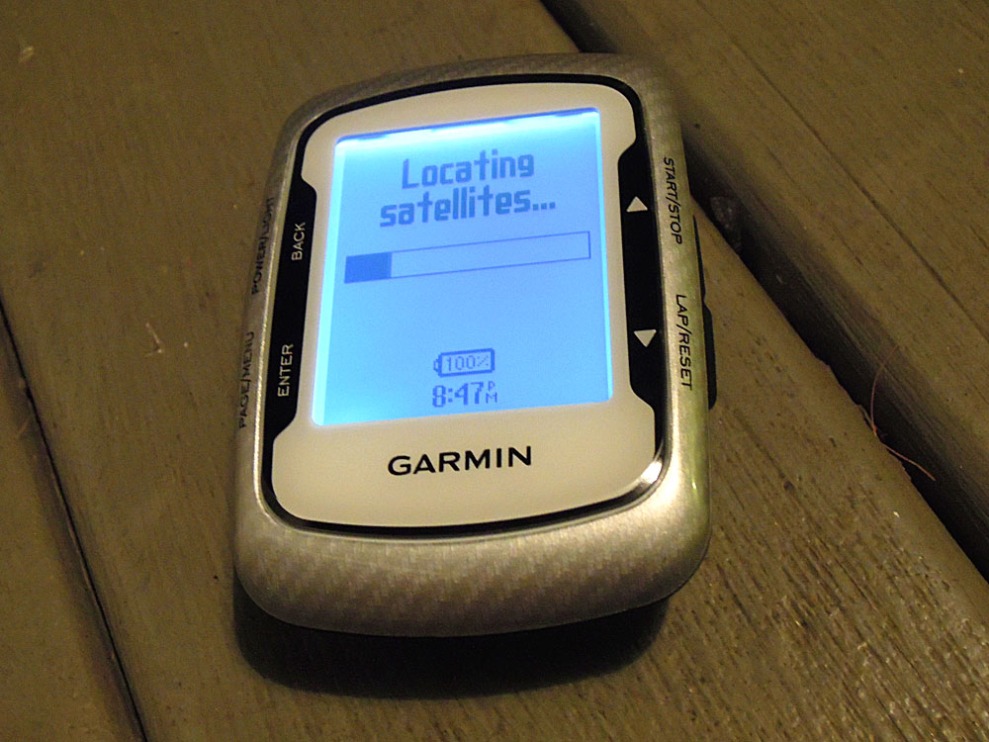 This is my new Garmin. I am yet to really bond with it, but it looks shiny and new and it matches my bike so much better than the “Electric Pantone Reflex Blue” of my old unit.

It is incredibly meaningful to me – but to everyone else who doesn’t have a Garmin – well this blog will be cryptic at best. And perhaps written in a dead language at worst. But I will try to explain. So this is how it works. The Garmin unit is essentially a GPS device much like the GPS navigation contraptions they sell for cars at JB Hi Fi. But it’s not about navigation – it’s about recording events. It’s HISTORY. So it logs as much data about your rides as it’s tiny brain can manage via those beautiful invisible satellites up there in the heavens. Plus it has some altitude and temperature sensors as well. (The temperature sensor is a bit bullshit if you ask me – but it gives you the general idea – if not the exact conditions).

And then you plug your Garmin unit into your computer and you get this training homepage. It’s like Facebook but for crazy data-riding-freaks like me. And you can look at each individual ride like the screen-grab below. (A ride last Saturday where I might add Ryan, Tom and I creepily went within 10 or 15 metres of a dead woman, most likely murdered, which was found today).

And just in case you were worried – the Garmin didn’t add the “dead body” tag.*

Or you pour over the data in the “Reports” tab which collates all your stats. So below is the last 30 days of riding. (You can also draw up random reports or “this year”, “this month”, “the last 365 days” etc) 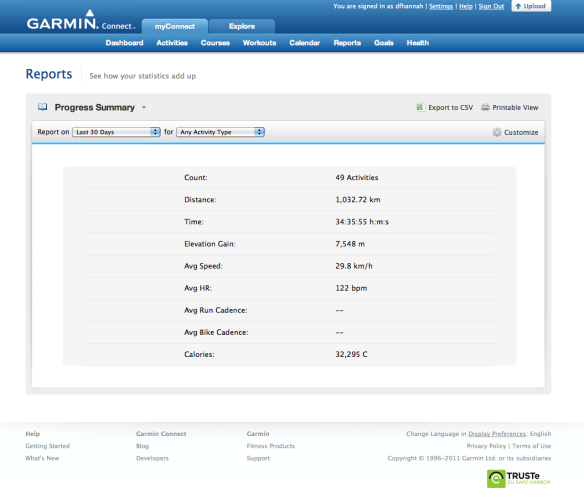 Then you can see your Calendar (my last month’s activities below) and you can even do this live animation of your ride which I can’t really visually explain. You will just have to trust me how amazing it is! 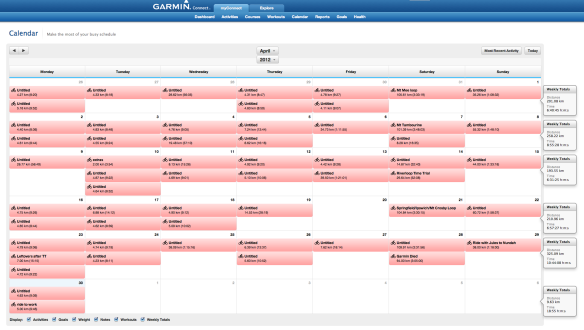 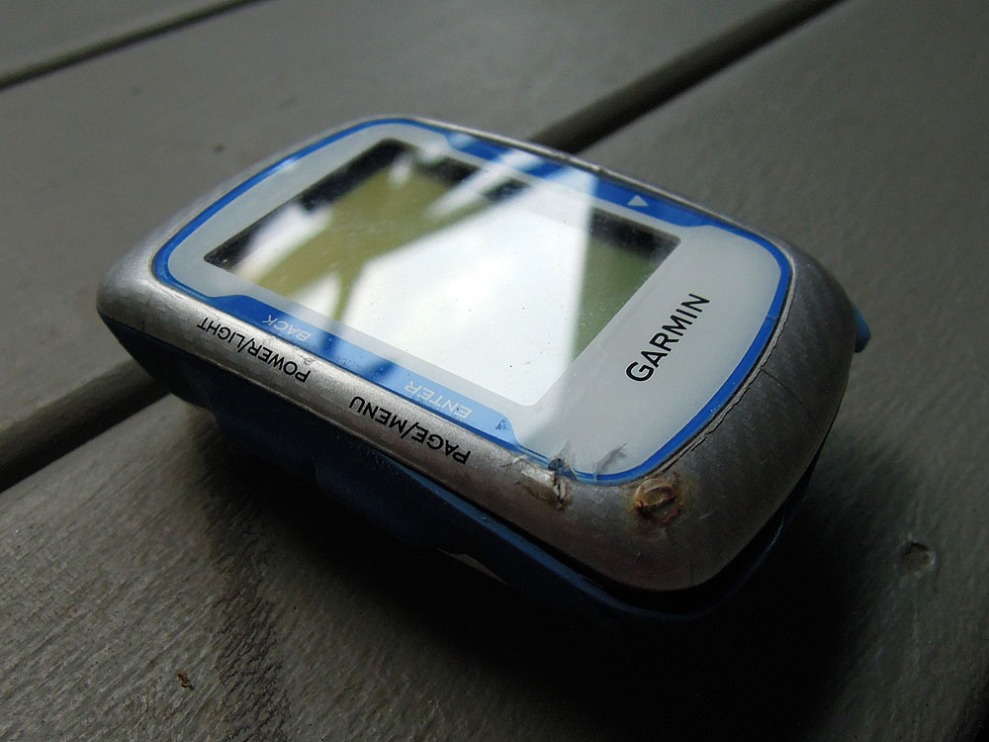 But I should just devote some of this gushing-rant to my old Garmin, just out of respect. As you can see from it’s battered and disheveled condition, we went through some epic times. Good times. The big dent and cracks at the base there is from the time it broke off my bike and bounced down the road somewhere near the Rathdowney and the NSW border. I was oblivious that it had gone missing until I looked down and freaked out. Luckily Shirts was riding behind and picked it up.

I should have been impossibly dirty about how the little plastic flanges — underneath the unit where it connects to the mount strapped to the bike — had somehow failed. But I knew I had been so regularly ripping it off to download stats. Then twisting it back on its mount with no real consideration to how it felt about that rough-treatment and then raking it off again to whack it on the roadie. You can see the damage to those flanges and more evidence about what the poor little fella had been through in the photo below. 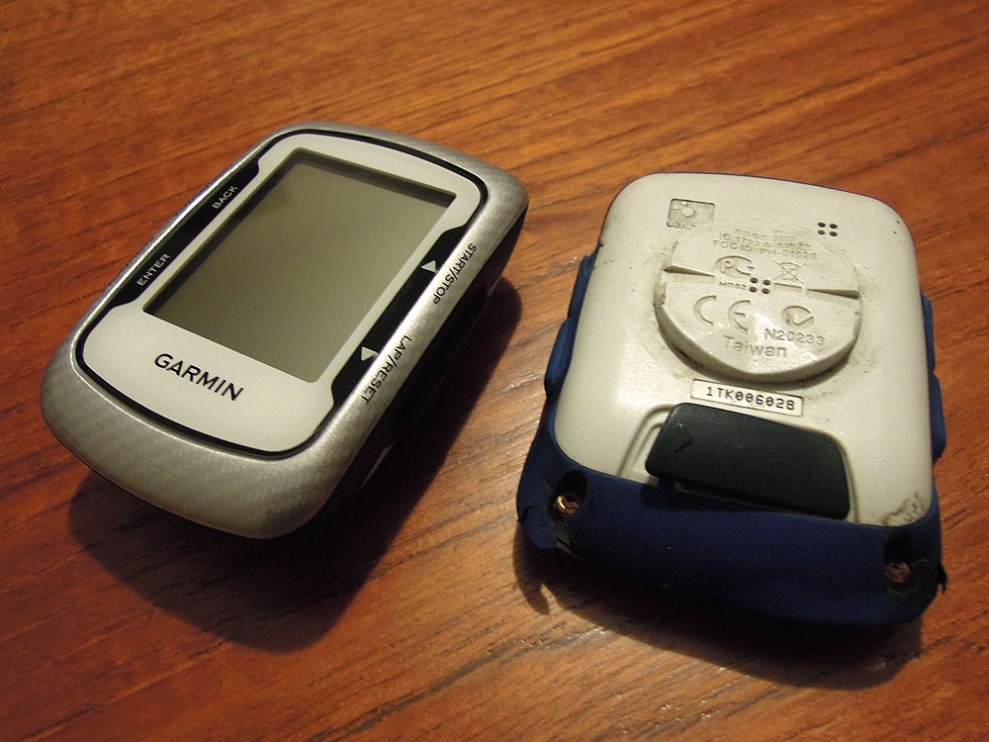 Reflex-Blue-Garmin had also lasted almost 450km on one charge on that big 2010 three day ride to Byron and Lismore etc and back. It fucking pissed down that ride too.

And January 1, 2011 I made a “New Years Resolution” to document every ride possible on my Garmin for that entire year with the determination that I would be able to achieve 10,000 kms and be able to prove that. It turns out I got a bit excited and decided on a new goal – climb 100,000 metres too. And I logged and documented everything. I spent almost every single day last year – and this too – with my Garmin. I took it with me on that 7 week overseas trip and it was a joy to log the rides over there. (Just seeing new maps and routes in foreign towns – Amazing).

Once the Garmin and I went swimming too. I had ridden a big, ugly, sweaty ride and had ended up a Dee’s folk’s place and it was so hot and I looked so about to melt they suggested I dive in their pool – which I did – forgetting I had the Garmin in the back of my jersey. I was splashing about for a good 5 minutes before I realised. But it survived. 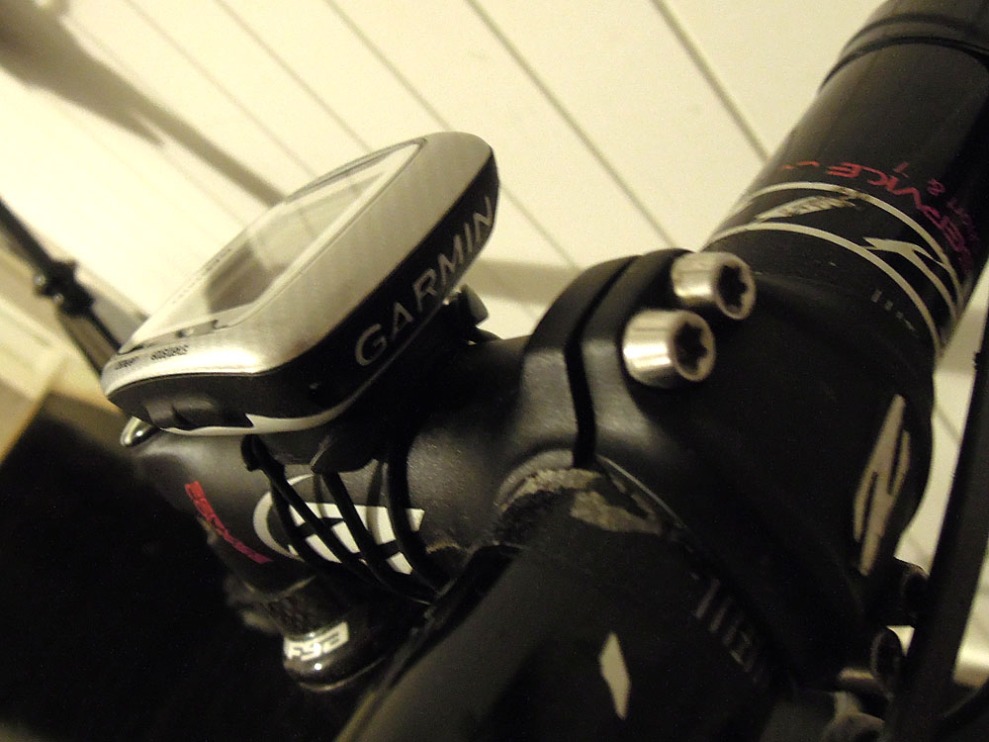 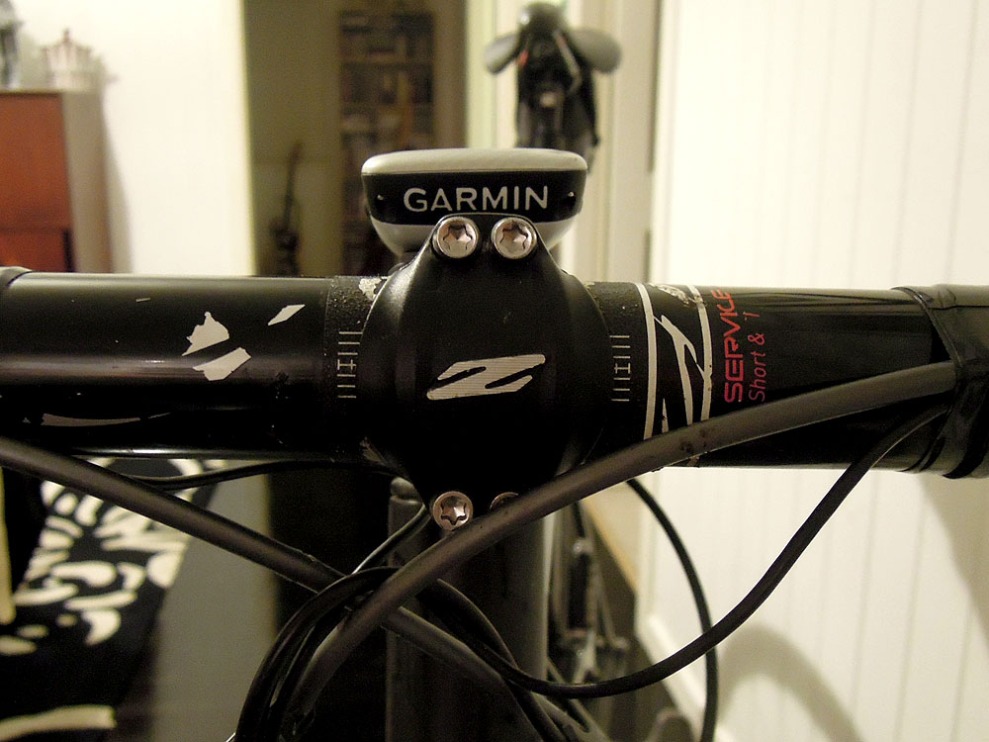 Another casualty of the big, wet ride on Saturday was the ZIPP “Z” decal on my handlebars (which was previously on the left of the bar). Completely destroyed.

And I should say – this is the story of how reflex-blue-garmin chose to exit the world. Poor little guy. I will miss you.

* Can I just say I am quite a bit freaked out that I came within metres of a murdered person and had no idea. I am literally stunned. Is it wrong to feel that way?