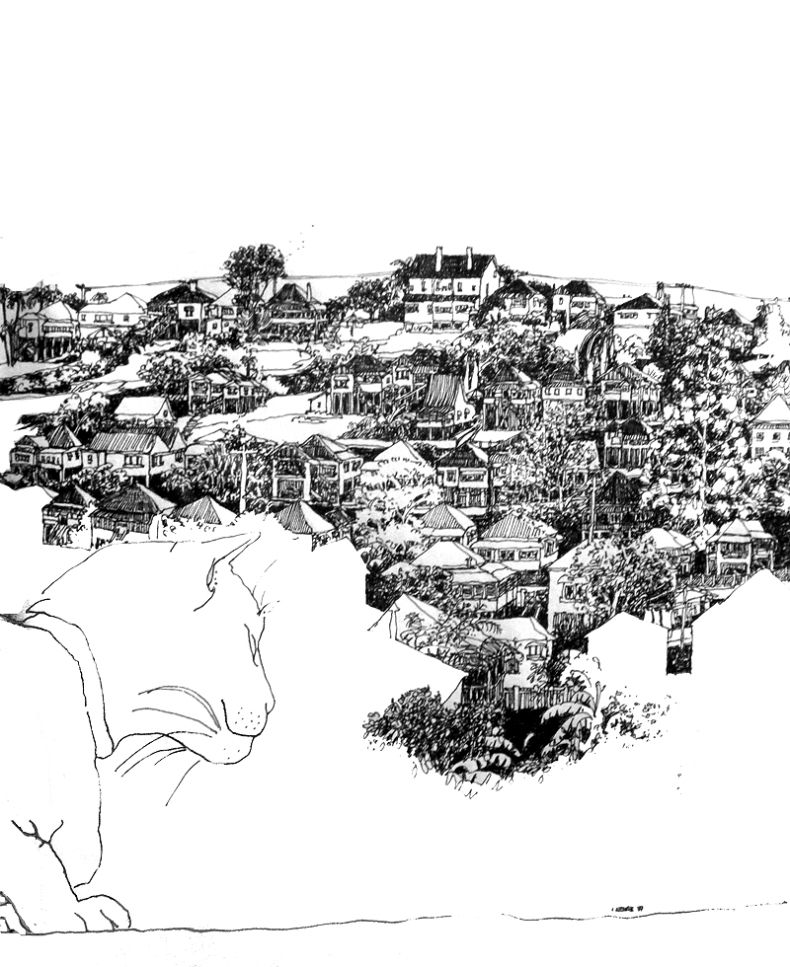 My mum and her partner John are visiting from Melbourne at the moment. So mum bought some presents and one of which was this hand-drawn picture by an artist called Wendy Cernac (one of mum’s friends at the time) from the 1970s of Paddington in Brisbane.

(I just then quickly photoshopped it a bit to clean it up because the paper had started deteriorating). Anyway I grew up with this image and loved it. I am so happy it is back here. I am actually going to try and find out exactly what vista this relates to through some investigation with perhaps some help from local historians. I will keep you informed. 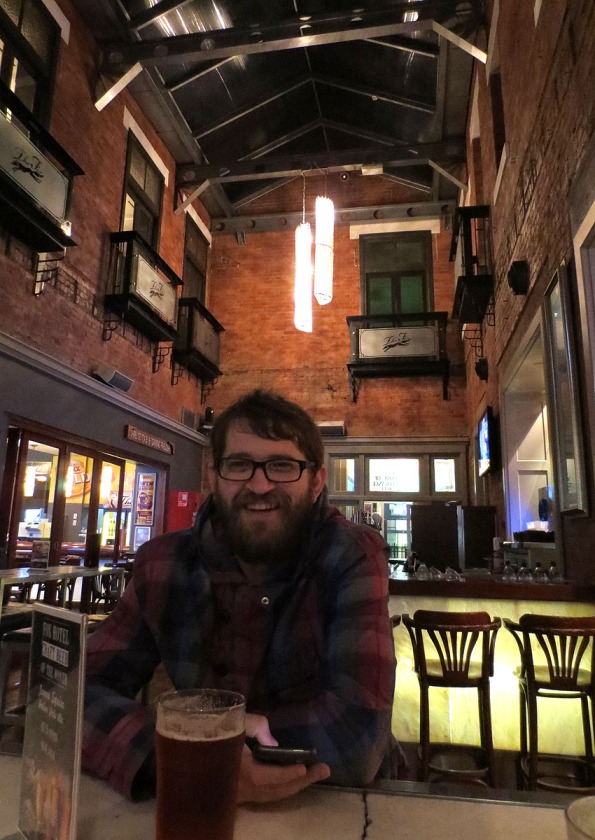 On Thursday last week we went to Mel’s birthday at Ortiga. On the way we stopped with Jon for a drink at The Fox.

I love shots of neon cities after in the rain. 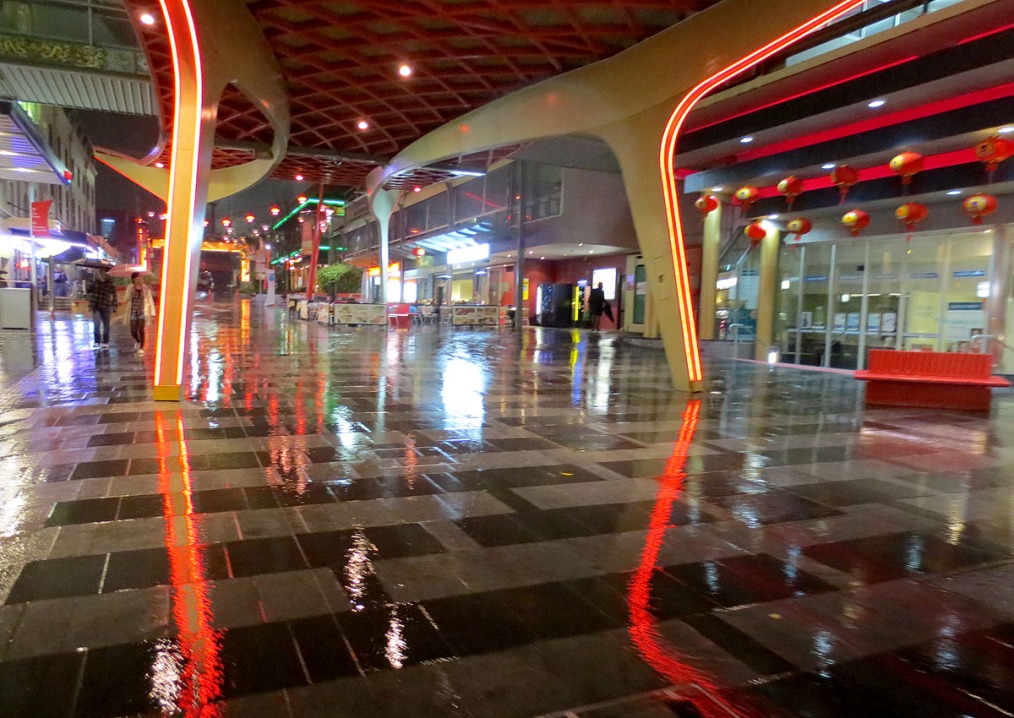 Then Dee and I had dinner at Wagaya. The two trips we have done to Japan where we ordered via touch-screen for the first time were truly amazing. It’s nice to do it all again right here in Brisbane. 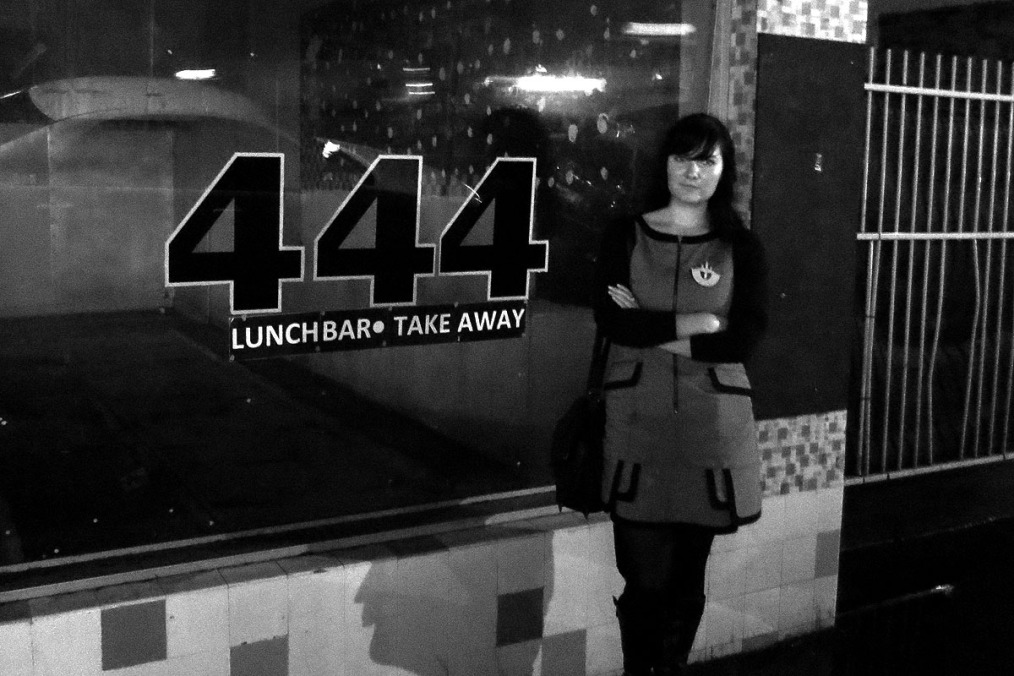 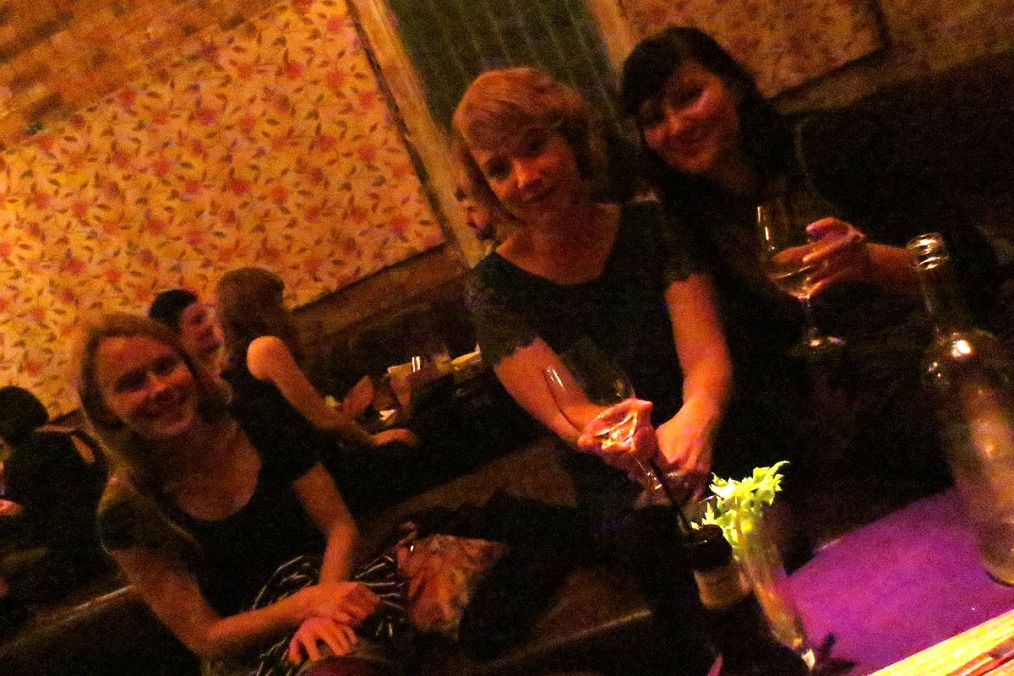 We met some awsm new friends at Mel’s bday thing at Ortiga. This is Emily and Kylie and Dee. Naturally I got a bit too excited and talked too much. Really have to work on that “extreme-talking-bullshit-impulsive”. Yep. 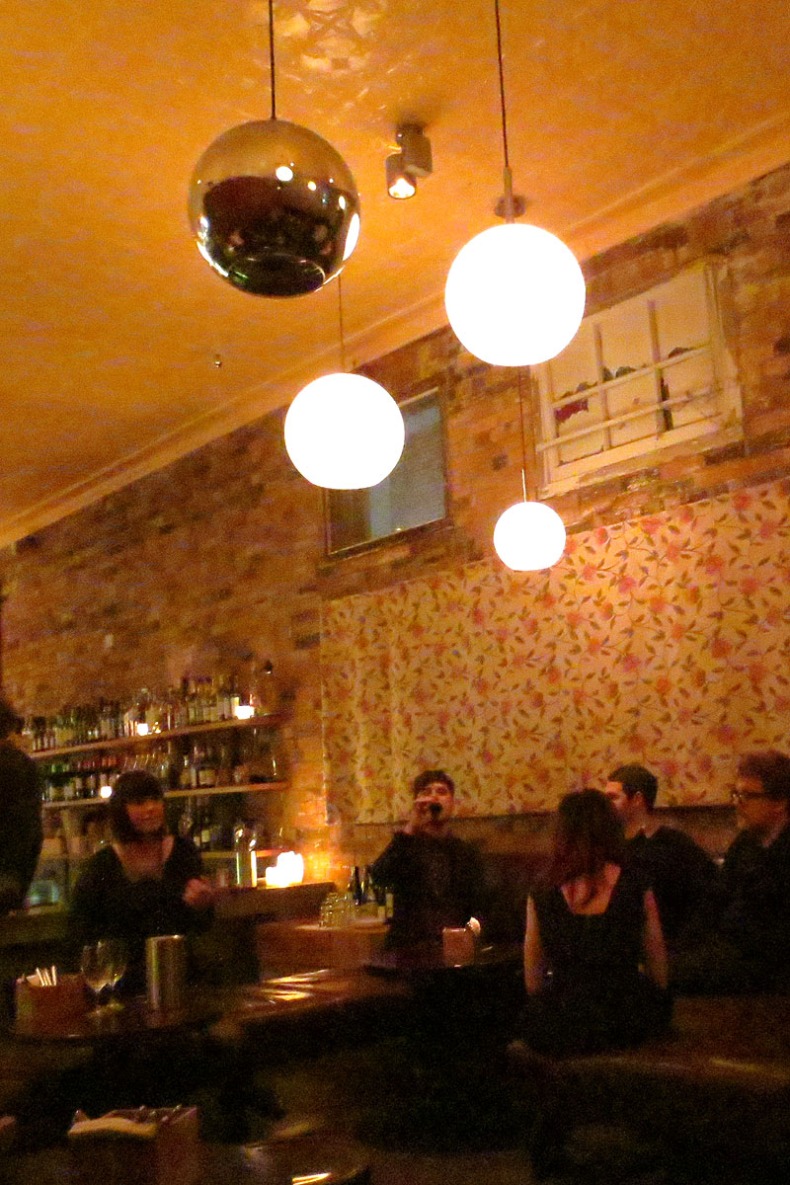 On Sunday I had done all my bike riding duties — the 3 alleycats were done, I had visited Pushies Galore and then that morning I had led that bike ride over to Holland Park. So once home and with some food in me and the blogging done I called my sister and said I was happy to babysit Hugo — my nephew — for a few hours. She texted back saying, “Cool” a little too quickly! So suddenly Hugo was here and after showing him the frog pond and the jungle of palms out the back I decided to show him my Lego collection. And he just lost his shit. He was shaking with excitement. I remember that feeling.

So I showed him each and everyone of my Star Wars spaceships. And after the first one I was like, “You know what? I have another!” And then he jumped up and down and had a go at that one — putting the mini-figure inside and seeing how it worked. And then I said, “Well, do you wanna see another one?” And gradually he got to play with them all — and break them a tiny bit — but that’s part of the fun. I gave him a few of my mini-figures but made him realise it was up to mum if he could keep them. (Cause they aren’t officially playable by 4 year olds.) 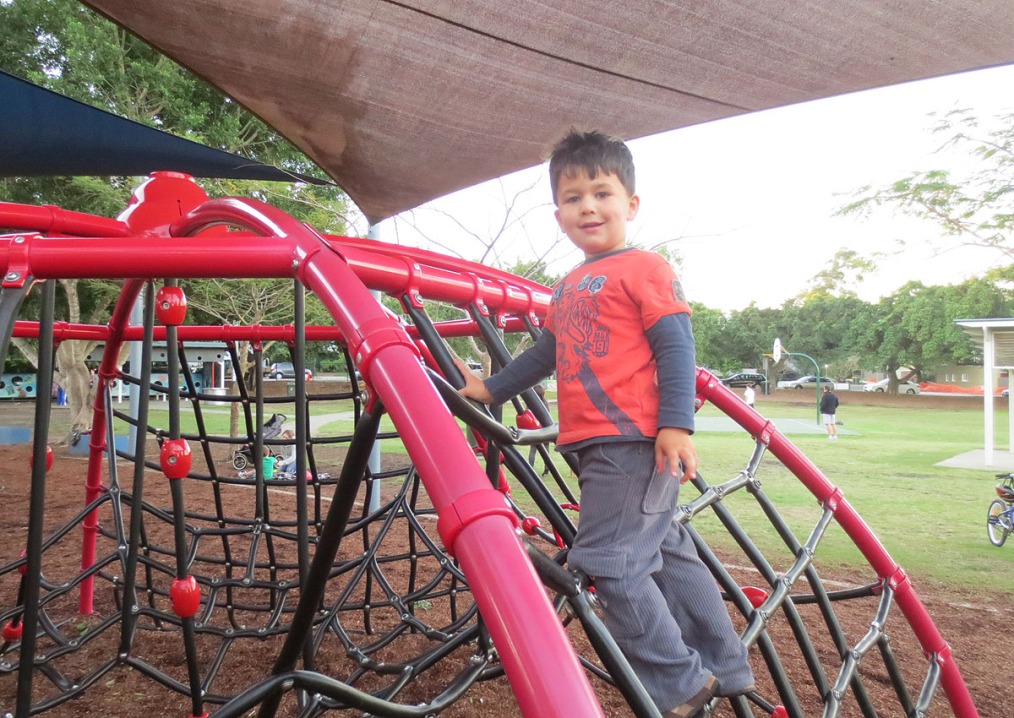 Then we walked the entire way to my sister and her wife’s place. (About 2kms). I only had to carry him 3 times. We stopped at Milton Park and I could see people looking at me funnily — cause playgrounds like this are almost exclusively the domain of women — or men with a woman. So I assumed they had labelled me a DEADBEAT DAD on an access visit. LOL. And just saying, I wasn’t even trying that hard, but I was the only adult engaging with a very small child — all the other adults were standing back and just looking on seemingly destroyed from parenting and doing a bit of judgement. Whatevz. 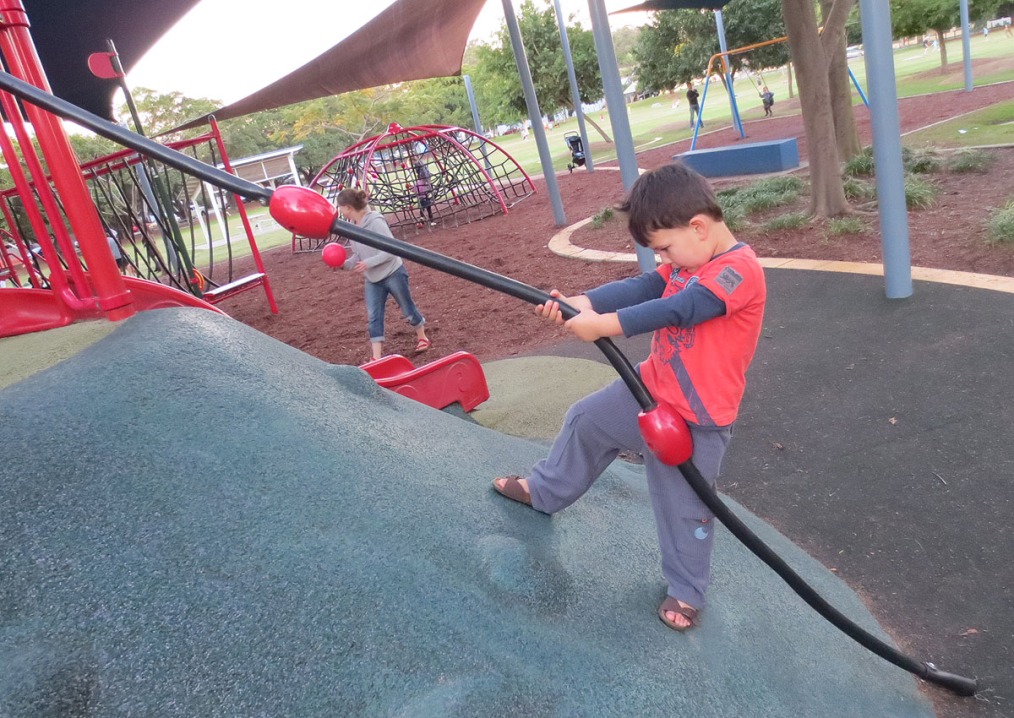 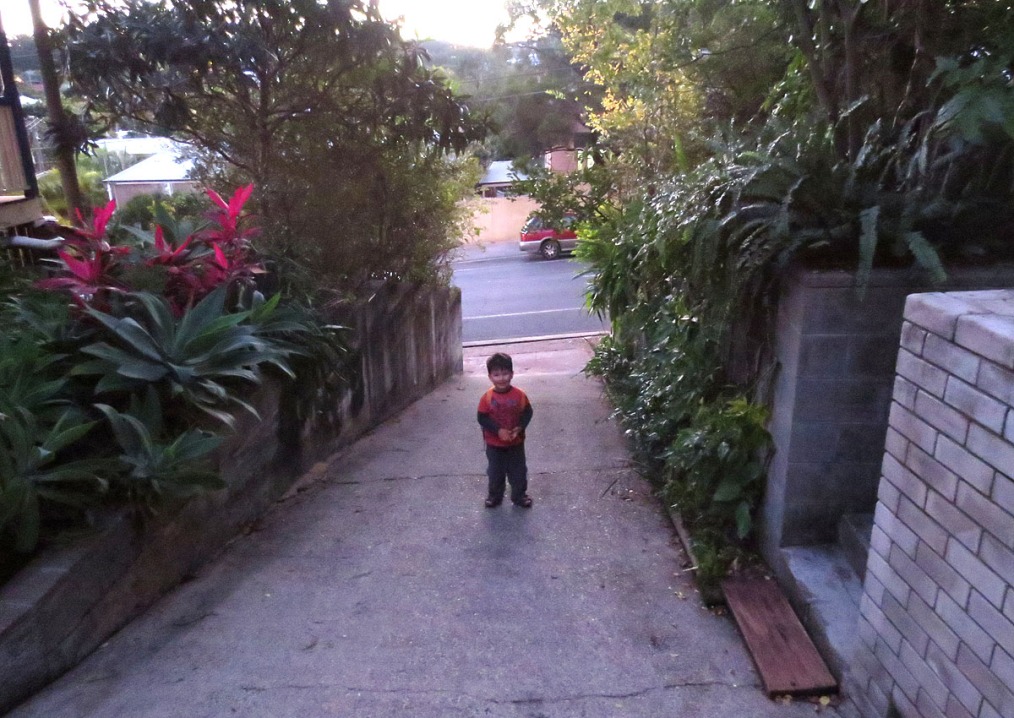 Hugo made it that 2kms! And the final climb up his driveway was like a Tour de France mountain-top-finish! Good work lil’ dude. (I expect he slept very well that night!) 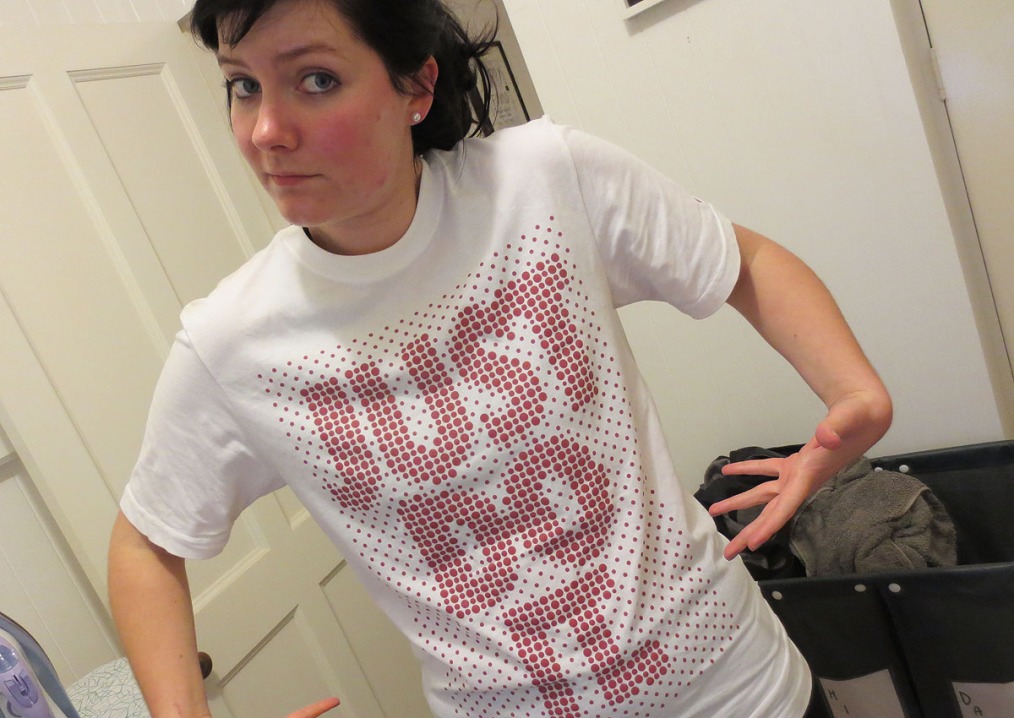 My prize from Global Gutz was this shirt for Dee. (I know I promised no bike-related-photos…but just get over it.)

My Nanna has just gone into a nursing home so I inherited these glasses she couldn’t take with her. They are beautiful. Thanks nan! 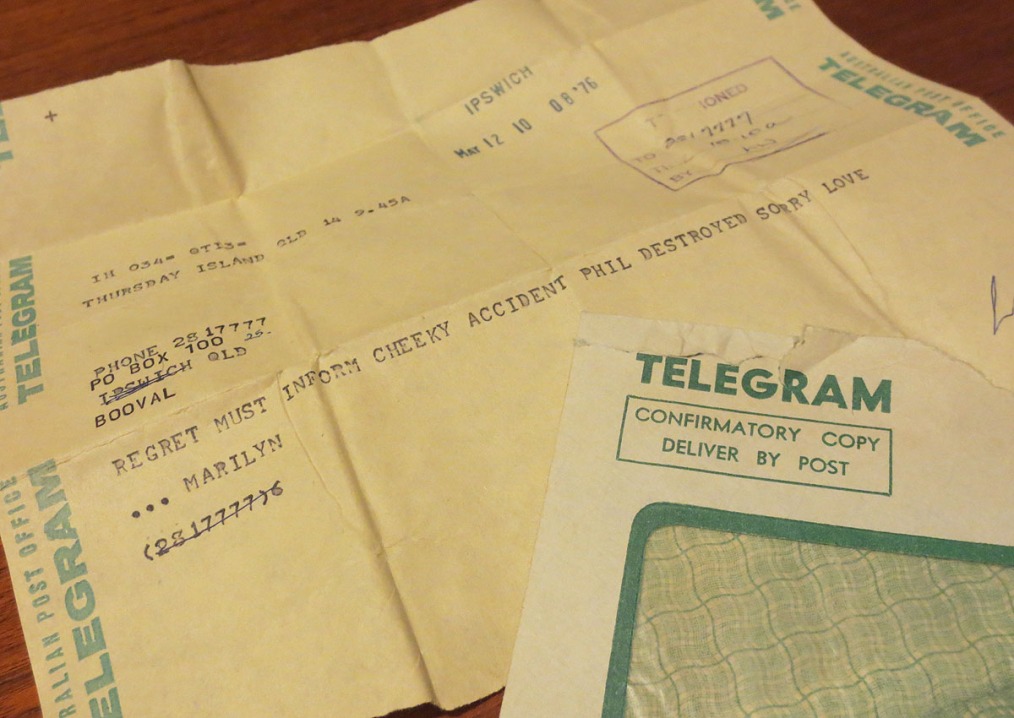 So my mum was here and I was showing her some stuff from my Poppa’s keepsakes. One was a telegram. I have never seen one before but this is what they look like. The original Twitter.