The last few weeks I’ve been trying to re-establish all my bike riding and running skills. Not easy. Especially in summer and when your riding buddies are in the process of seriously ramping up their effort.

But I was pretty proud of my effort last week where I managed to hang on to a rather punishing 85km bayside mash. This week we were doing hills and that is so much tougher.

Then I got this massive flat. Ripped a sizeable hole in the sidewall of this brand new Gaterskin. (Installed Monday) 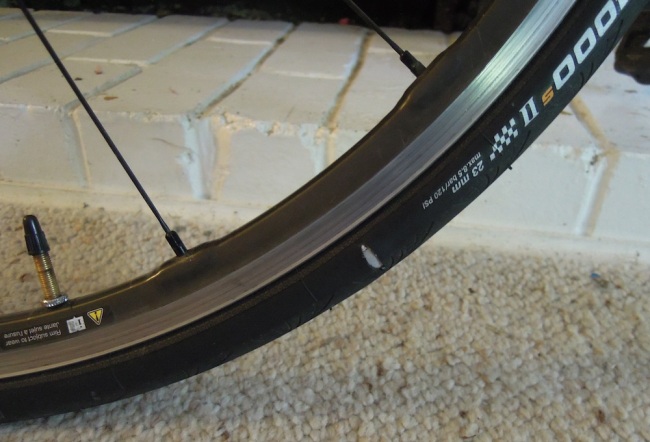 That’s a five dollar note you can see peaking through. I am lucky this shim lasted over 100ks!

So Scott was brakeless and fixed again. And this ride was tough. Lots of rolling hills and then an ascent of Mt Mee and a brakeless descent. But Scott is a bit mad. To be honest it sounds crazy, but he made it look like a doddle. Even though he unclipped in the picture above to give his legs a rest on an extended incline!

This is Dougie and Shirts (avec cool new shades)

So then the climb started. It’s about 6ks of hill. And Scotty smashed it. 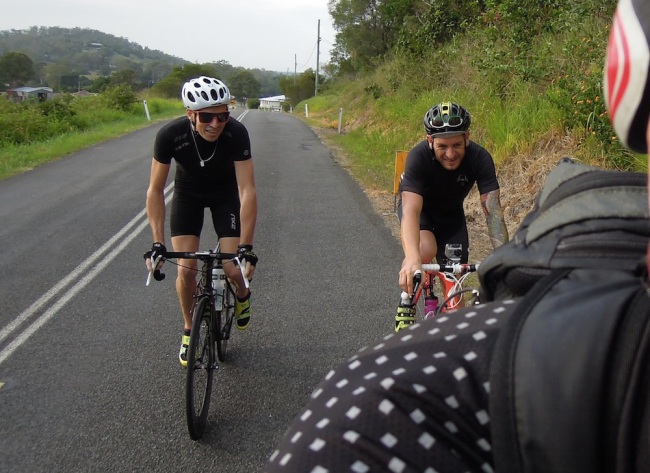 I was a bit worried about the down, brakeless part of this adventure but as we climbed I realised it wouldn’t be so tough. Just one problematic corner and a section where it was one way (controlled by remote traffic lights). I stuck with Scott “just in case he binned it”. He “binned it” once before on Tambourine. I wasn’t there, but it was kinda epic. It was raining, super steep and he smashed over the handlebars and brained himself on a fence. Had to be hospitalised. So I really didn’t want that happening again.

But he aced it. Only had to really skid once. The only drama was him loosing a water bottle jumping outta his butt rocket cages.

This is my new bike by the way.

Meanwhile on the way home I managed to get a serious cramp on the hill outta Samford. I struggled on until Gaythorne but then I had to abandon the crew and limp home — sometimes riding, lots of walking, lots of footpath riding (so undignified) and lots of just freewheeling downhills. Both my legs were freezing up with cramps and the pain was pretty epic. It took me about an hour to cover 15kms — but I made it home by my own steam. Quite proud of that. 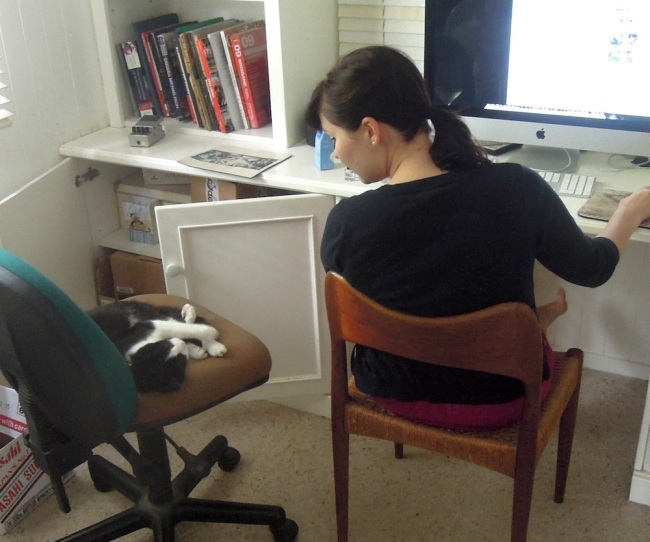 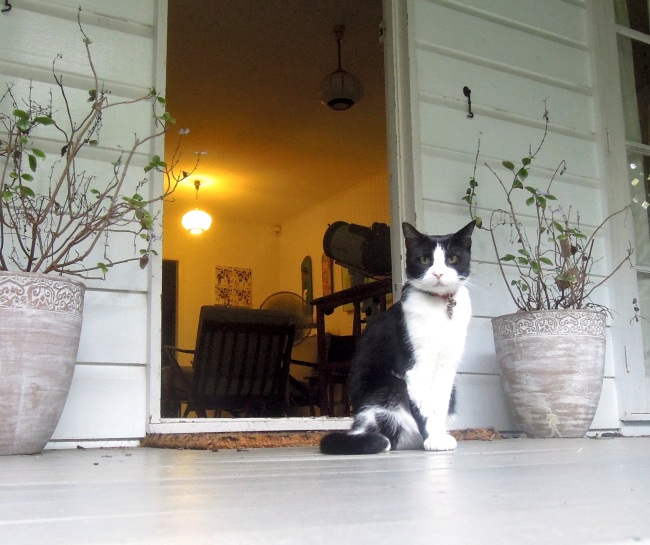 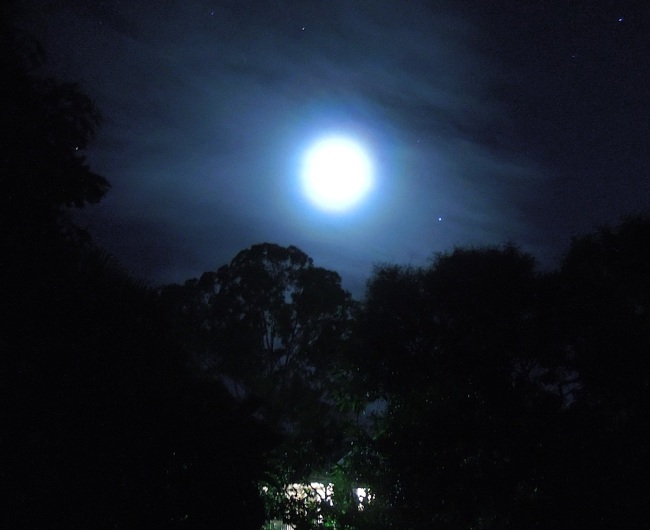 3 thoughts on “January and February (and this morning’s ride)”