When I first heard this song I thought, “Well — this ain’t lying. This is definitely a TAME IMPALA song.”

It was almost like it was Kevin Parker just covering himself. That drum beat, that voice, that production. Yeah. I get it.

But then, at 49 seconds in, it suddenly has the first of many break-downs. One of those “turn all those treble dials all the way over”.

And yeah — I reckon I could dance to this song. JUST.

And JUST when you thought that was a loose gimmick — only a minute later (the 2 minute mark) we get another of these punctuation points. We are now officially being slowly fucked over by this beautiful vibe. (What is going on? Is this a song or just a parable of a traffic jam?)

2:39: We get our first hint the song is structured again and locking down to something. And that lock-down is this pretty awesome, but stunted, keyboard riff (accompanied by strategic handclaps) which kinda disintegrates just in the hands of the keys player. It ever so slyly degrades and then degrades a bit more but at about 3:25 we again realise we are being thoroughly manipulated.

It’s now almost exactly halfway through the song. But of course we get our reward when ALL THE RIFFS lock in and we get an added bonus of (maybe) guitars and more lyrics. (It’s anyone’s guess what he is singing. I have given up trying to understand what anyone is singing these days).

I’ve listened to this song at least 16 times in the past 24 hours. And that takes some desire looking at a tune that goes close to 8 minutes long. Today I randomly even tried to convince this guy I only vaguely half-know at JB HI FI to check it out. Like it was literally the first thing I said to him. (What is wrong with me?)

Listening to this song I wondered what was the impetus. I LOVE long songs. But only the ones that are purposely so. Contrived that way.

And this song certainly didn’t seem like it started short, and then evolved into something epic. This was PURPOSE. This was his DESIGN. (I am watching Hannibal the TV series ATM).

Indeed this is Kevin’s longest song. Only his second over the 7 minute mark. “Runway Houses City Clouds” is the other one and it pales in comparison.

And this is the first “single” from the new album. This is even more his design.

Finally I am just going to say one of the songs that jumped into my mind was Kurt Vile’s “Wakin on a Pretty Day”. That song looked like “design” too. So long and just messing with your head with riffs that get half-used and then brought back and punctuation and a very incredible cohesiveness too.

I would also put a few Led Zeppelin songs in this frame too: Achilles’ Last Stand and In My Time of Dying. Just Quietly.

It shouldn’t be much of a secret that David Lynch is a big deal with me. A super deal. As an impressionable kid I assumed his vision — mostly based on Twin Peaks — would make me and sustain me for the rest of my life. That didn’t quite work out — but it came close.

So just being in his presence got a bit more full on. In the lead-up I was super-nervous. I was about 2 degrees above the recommended 37. I felt clammy. And because I had booked the instant you actually could we managed to have seats in the 2nd row. Being so close made that melting into my shirt sensation seem even worse. I got into such a state I felt I would eventually get so overwhelmed I just might be compulsed to leave before I vomited.

THE COOLEST THING EVER IN BRISBANE

And this malaise was exacerbated by the fact I think this was THE coolest of the cool scene Brisbane could manage. Like forever. I cannot imagine an event in Brisbane’s history that could unite ALL OF THE COOLSIES.

This event was unprecedented. And of course there were some interstate blow-ins — but I felt me being so “Brisbane” I could unconsciously wade through those distractions to my overall assumption. And that assumption was that if a bomb went off at QPAC that day — all of the cool people in Brisbane would be GONE.

There were so much glasses. So much quality attire. A bunch of beards. So many super-humans and so many simply highly attractive ordinary people. And it was barely 2pm. But in that vein of “ordinary” and “natural” looking people — just like me — we of course looked a bit totally out of our depth. Always looking around, watching, wondering if we were being judged or worse: exposed.

Luckily I had worn my best cowboy shirt, I had given my hair a brush and crucially had a good three beers inside me so I could float through that epic current rather than dive under the water in shame like I usually have to do.

But it still was pretty full on. I will say it again. Brisbane will NEVER be able to collate such a COOL CROWD. Not again in my life time I would think. Never. 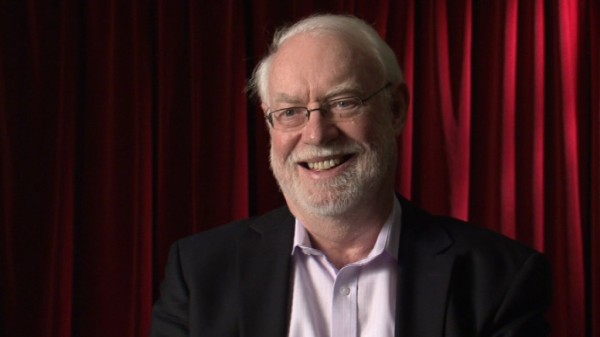 In the hour before show-time when I heard David Stratton was the host I shuddered with anticipation. This was now NEXT LEVEL. I was almost conflicted. Was I more excited to see Stratton in the FLESH or Lynch? But then the knowledge of the two of them together just made me dizzy. So the show itself went like a blur. I listened as best I could and followed what was being said, but most of the talk I knew from other interviews. What I appreciated was Stratton poking Lynch for a scoop. And he tried his hardest to get Lych to reveal some secrets by using Paul Byrnes’ story in SMH as a foil. It almost came off. It was pretty cool seeing them together.

Everything was going along in that “beginning to end” narrative. But when it got to the prospect of a future Twin Peaks David revealed that the project was currently mired. The details were obscure — but it wasn’t to do with money. I felt like dying. Look — I WANT to see a new Twin Peaks regardless if it is crap or if it is brilliant and even if it is just bland. I don’t care. I just need to see David revisit it again. It’s one of those “before I die” kind of needs. Talking to Conan after the show when we discussed that revelation we decided that we couldn’t understand why people weren’t turning their seats over. It was pretty brutal. And it seems to be some legal bullshit. UGH.

Lynch was of course super cool. He has a consideration in his voice. I KNOW that comes when you hear your own voice so many times. He wore a suit like he was channeling David Byrne and slunk into the chair like he was melting. I purposely drifted off while Lynch was talking about meditation. I mean — that’s great for him, but it has always been nuts to me and even David Lynch can’t sway that resolve in me. When it was all over I was relieved. I could relax now. In hours I would forget everything that was said that afternoon but I would never forget the feeling. And then we got to have a bit of an after-party with Conan, Sonya, Brad, Timmy, Bri, Miro, Erin, Susan, Dee and others at Tomahawk.