So this is my very first product review. As a disclaimer I must put it down that I have known the owner of this business for about 7 years and he is one of my bike-riding buddies — and Dave is a ginger just like me. Indeed he was the first ginger known to the crew and thus was dubbed “Ranga-Dave” while I had to settle for “Potato-Dave” (which was a reference to my Aerospoke front wheel).

Anyway — I will do my very best to be as objective as possible. I have owned two of Dave’s bags before — a courier bag and a duffle bag (which I won in an alleycat race). I tried really hard to embrace that “Courier-Bag” vibe when it was a big deal back there in the late 2000s and early 2010s. But it didn’t fit with me. They were too big, swung about on your back all the time and just weren’t functional to either a person casually riding a bike, or a person just walking about. (From a courier’s perspective they apparently loved how you could spin it around without undoing straps to get to the contents but just quietly I think they loved the fashion statement.)

So I have always been a fan of backpacks. I love the simplicity and the fact they sort of become part of you. Without much weight inside them I hardly notice they are there. Indeed on epic bike-rides I always take a pack and it is never a bother. But other peeps like Shirts just cannot stand that shit weighing down on their spine.

I have loved each and every one of the many backpacks I have owned.

They’ve accompanied me to the most awesome places on this Earth. I have only ever traveled with a backpack. (Often two). I have never used one of those bags with wheels.

I’ve had the very cheapest and the mid-range and the super-lightest and the very-smallest and now I have the BO Gear BullPup.

To be brutally honest, my other pack —the Deuter SpeedLite 10 — is an amazing bag and so light and perfect for bike-riding. Probably my favourite pack for everydayness including running and taking on bike adventures.

But this review is about a pack suited for either:

1) One day adventuring in the wilderness
2) those days you need to haul a bunch of stuff to or from work
3) or a pack (which I will demonstrate below) could easily accommodate a week-long holiday — or even more.

But before I begin, here is some pics of my customised Bullpup on adventures just this month: 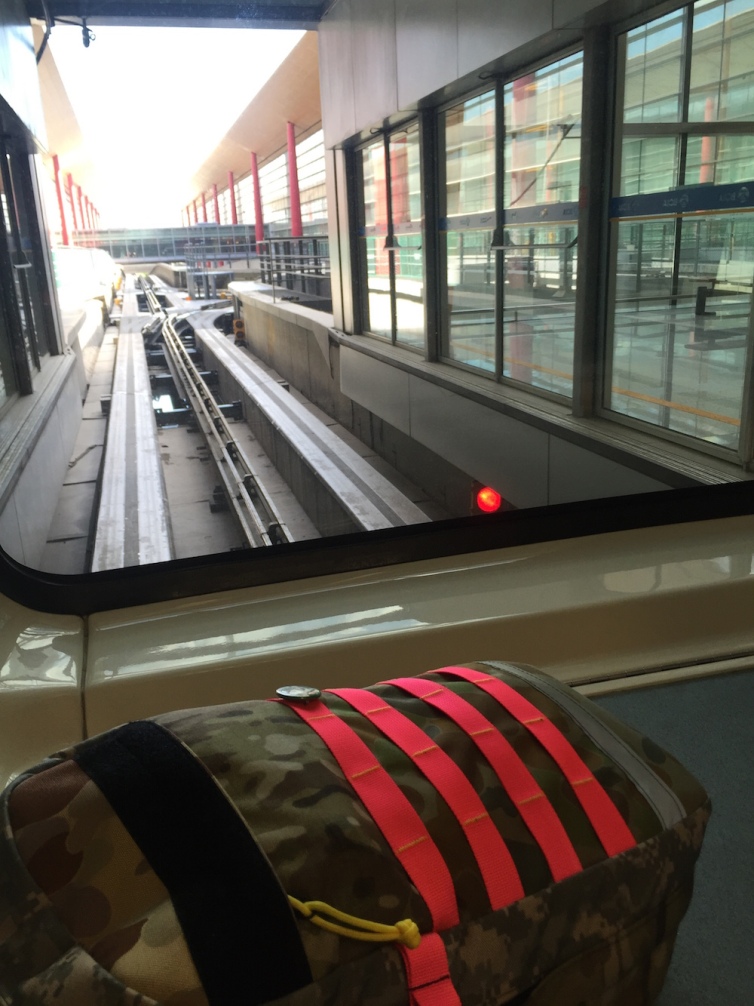 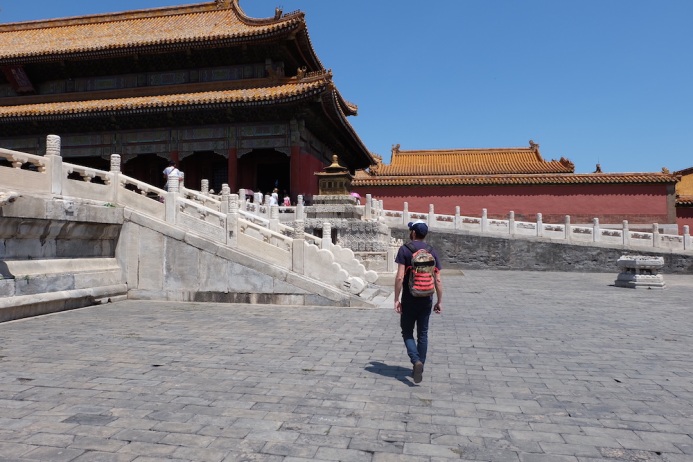 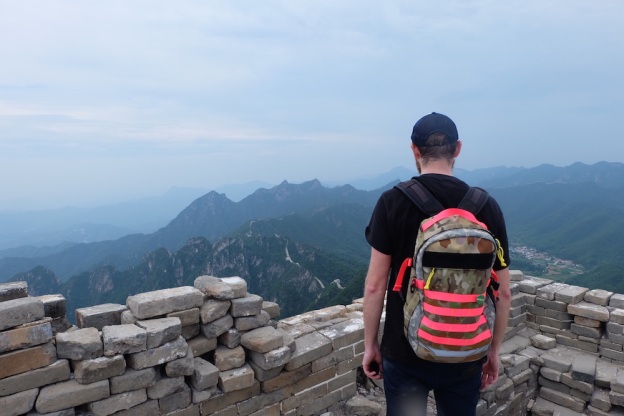 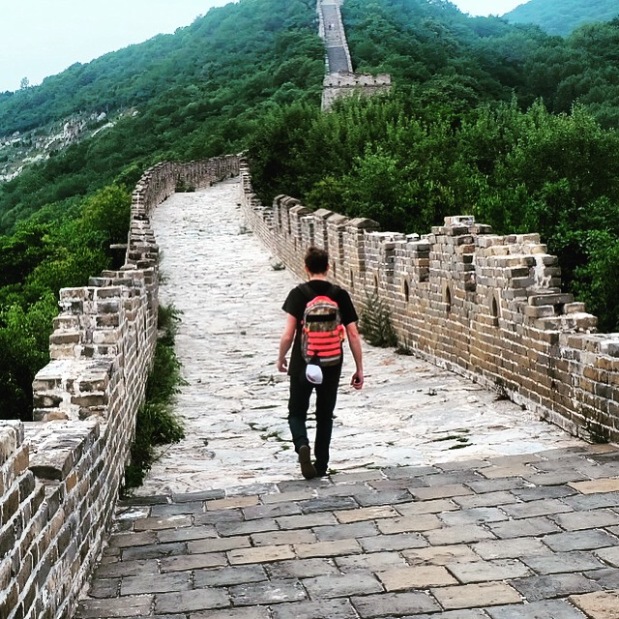 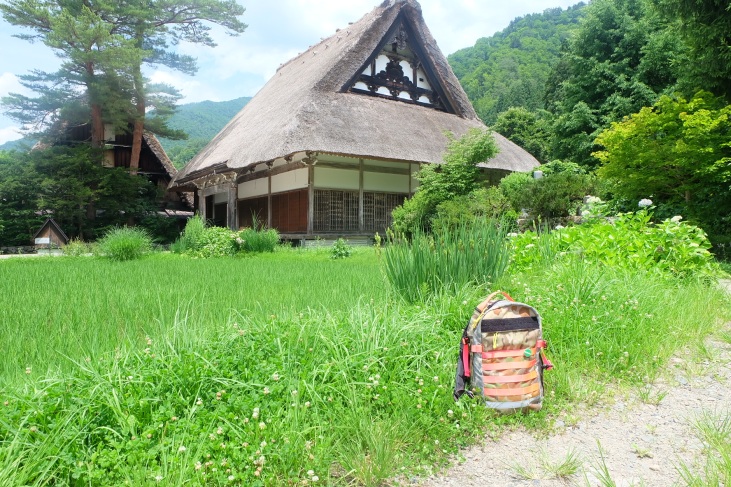 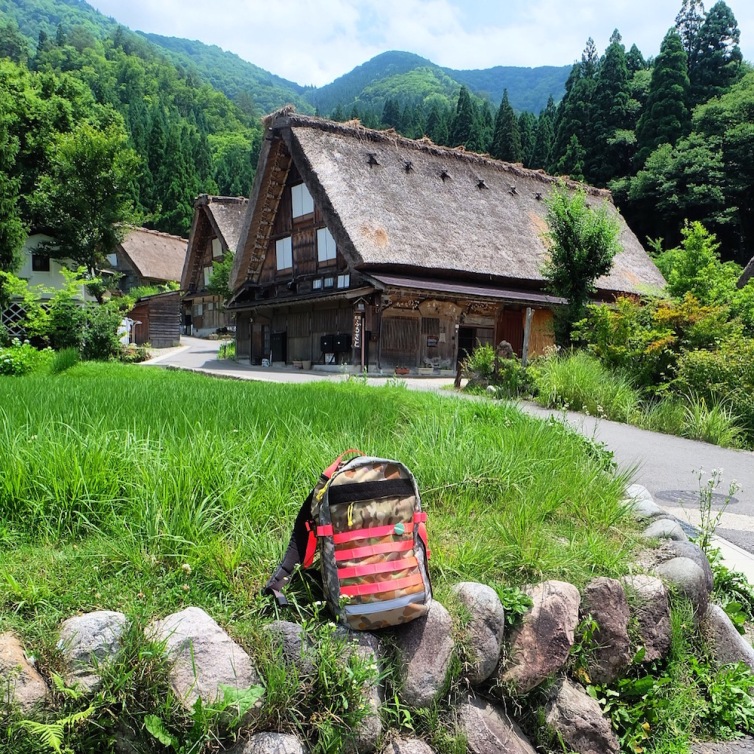 Ok there is no picture of the pack above — but it was there at the base of the Daisekkei Glacier (pictured above) and it hauled up all our water and cold-weather clothes and everything else.

Hakuba — at the top of Happo-One 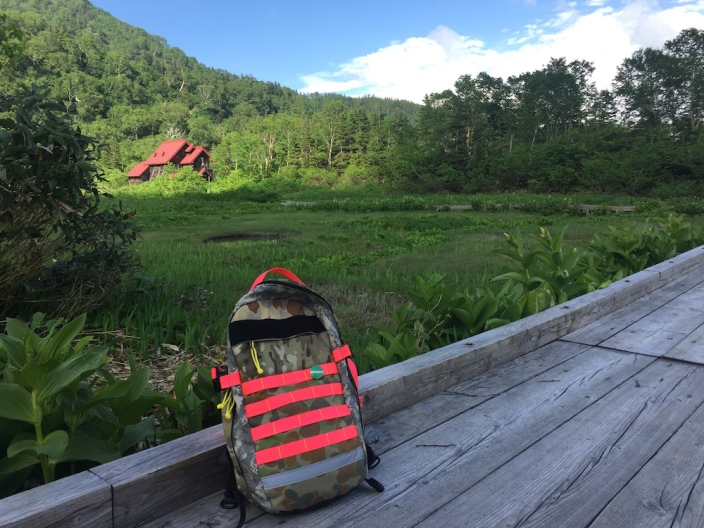 Ok — So I assembled about all the stuff I might take on a week long trip. Including 9 t-shirts, shorts, running shoes, a jumper, a jacket, a rain-jacket and a laptop with cables.

I managed to stuff all this inside with a tiny bit of room to spare.

The only thing that didn’t fit in was the plastic folder, but that was mostly cause I didn’t want to damage it. I reckon if I had been a bit more strategic, it would have got on board too.

So yeah — it fits a lot of stuff. Apparently this equates to 18 litres. By my rough kitchen scale test, it weighs about 750 grams.

The pack’s zips (I added yellow para-cords) will go all around except for the base. So like 270 degrees.

It has a full length interior pocket on the back (the maroon section in the picture below), plus two netted (see-through) and zip-able pockets on the front side. All three of these pockets are designed to expand.

There’s three hooks at the top which integrate with a water-bladder. (Plus there’s a protected hole at the top centre for the bladder’s tube.)

That’s about it for the inside.

The outside has an option for this velcro strip for “Supporter Patches” which I will invest in soon. I guess the idea here is that you can add or subtract patches to give the pack a fresh look every so often.

On each side it has compression straps which you can double if you so desire. To be honest I’ve never used this feature, but it kinda looks good.

If I had a criticism of this pack it would be the outside zip pocket. Because it sits hidden under the velcro strip (probably as a waterproofing feature) it is a little hard to access and sometimes takes a bit more effort to open and fully close.

I also think that space was a tiny bit too small – or the pack could benefit from another outside pocket. I am a big fan of the veritical-zip pocket — kinda like this one.

But there’s plenty of sections inside to store fiddly small stuff. So not really that big of a deal.

So I have to tell this tale. We were on our first full day in Beijing and we were in Jingshan Park and Dee was like, “OMG Your bag is leaking!” And broke open the pack and a big pool of flavoured water was at the bottom. I dragged everything out (including an SLR) and tipped the water from the pack. I’d forgotten to seal a bottle properly and had been walking around for about 20 minutes with it leaking. The bag was so water-tight that it took that long for the water to finally escape and only a few drips.

A lesser bag would have meant the water drained, but instead it pooled. Of course this is not a criticism. It was my own stupid fault.

So the camera stopped working for 24 hours, but then miraculously came back to life just in time for our trip to the Great Wall. Phew.

You can customise the webbing (those horizontal strips), the “bartack” (basically the stitching securing the webbing), the para-cords, the internal colour and of course the external colour. I chose “WTF Camo” which is basically a mixture of 4 camouflage designs. We have an Army Reservist in the office and apparently there’s 3 Australian designs (old and new) and that digital one which might be US military. I liked the contradiction of camouflage and fluro-pink.

If you want you can get even more customisation like this badboy — but I think that requires a special order. (Picture by BO Gear).

I did a straw poll in the office and women generally thought it was stupid while men tended to think it was cool (if a little nuts). Make of that what you will. That was just aesthetically of course.

(It should be said after 3 weeks traveling Dee admitted she was kinda warming too it).

Finally this should be noted: BO Gear has this catchphrase of “Dirtify Me” or “Dirtification” or whatever. But I found it pretty hard to get this badboy dirty. Like it just stayed clean. I’d kick it around airport floors, chuck it on dirty snow, sweat all over it — but it remained like new. Even when the bag was soaked in peach-flavoured water (see water bottle story above) it refused to stink. Like I gave it a wipe with a wet cloth back at the hotel and it was good as new.

And I don’t think that is a bad thing. 🙂

You can order them, and find out more info, here.