Had another big interview at Bristol passport control. It seems that UK border control staff can’t fathom that someone could get 5 weeks of leave all at once. Plus they must suspect all Australians just want a UK job and then we’ll stay forever. After a few minutes I almost said, “Look, my dad was born here — I could get a UK passport no probs.” But thankfully I kept my mouth shut.

Another big wait for a hire car and it turned out to be a month-old Seat Leon. Great car — except the sat-nav was flaky. (Kept crashing). The guy at Europcar tried to get me to upgrade to an auto for a mere 50 pounds extra a day. “Um. No thanks,” I said. It was such a ridiculous suggestion I almost lol’d.

Next we were slugging it out with the serious traffic that is omnipresent in the UK. It took us an incredible amount of time to get over to Wales. We crossed this massive bridge — possibly the longest bridge I have ever been on. There was a toll at the end — but apparently it is only a one way toll. We made it to the hotel was in the Cardiff bay area. 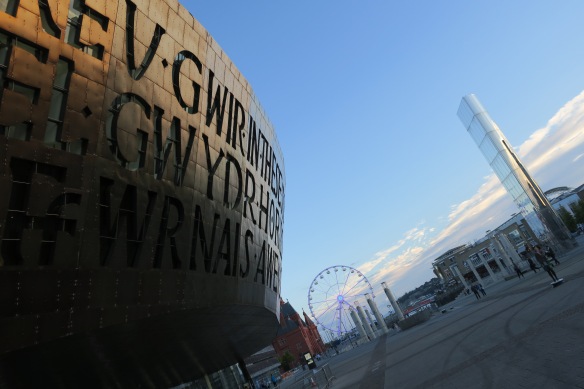 So the reason for our trip to Cardiff was to meet my cousin Toby for the very first time. We are actually half-cousins — my grandmother had a child (Pam) when she was a teenager and Pam was secretly adopted out. And I say it was a “secret” because my grandmother never mentioned it to us. Grandma got married, had three children (my dad being one of them) and then immigrated to Australia.

Pam managed to locate my grandmother when I was about 10 years old and it was a big commotion. It was like suddenly my dad had another sister and I had this big branch of family in the UK — including a cousin only a year younger than me (Zoe) and another cousin just a baby (that was Toby). It was almost a scandal because my grandma is such a ridiculously uptight and authoritarian. She seemed affronted by all this information and behaved appallingly.

But during all that drama Zoe and I exchanged a few letters and then again as adults — but we only met for the first time on my very first trip to the UK in 2007. But by that time Toby had grown up and was living in Birmingham so I didn’t get to meet him. Later during the hey-day of Facebook Toby and I bonded over music and it was just a given that I would track him down this trip. 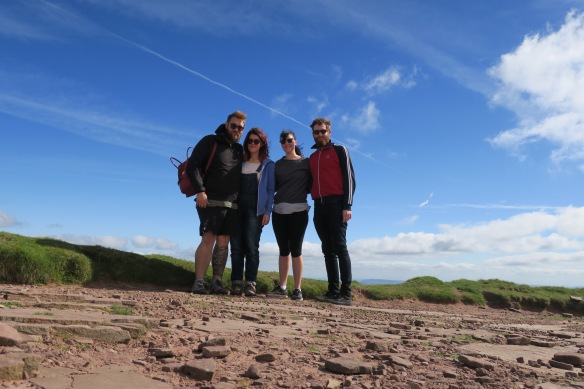 By this time he was married to Emma.

So we arranged to meet Toby at a multi-story pub/restaurant called Mt Stuart and that was awesome. Emma came a bit later as she was still working. (ASIDE: Emma was already a celebrity to me because she knows the amazing Cate Le Bon personally.) We all had a great time and Emma and Toby announced one of them was “preggaz”. I am pretty sure they used that exact term/phrasing. Totally!

The next day we went over to Toby and Emma’s place and then drove up to the Brecon Beacons for a hike. It was so fucking beautiful and because the landscape was so devoid of trees — there were impressive views almost 100% of the time. The UK is a pretty flat place — especially at this latitude — so it was incredibly refreshing to see so much landscape in all directions. I think the term”rolling hills” was coined up here.

Later we went to central Cardiff where the Roald Dahl festival was going off. There were giant peaches, big chairs, snow-sledding, frogs, fantastic foxes etc. I was such a big fan of Roald as a kid, and am so glad kids still see how amazing he is/was. He was so irreverent. My favourite book was Danny the Champion of the World. But there didn’t seem to be any monuments to that.

Then we had food and beer at this food stall section in the park. Then we were joined by Toby and Emma’s amazing friend Lowri — which is “Laura” in Welsh. Moved on to a quaint pub, then a small bar where we got to see the fireworks. Brilliant day! 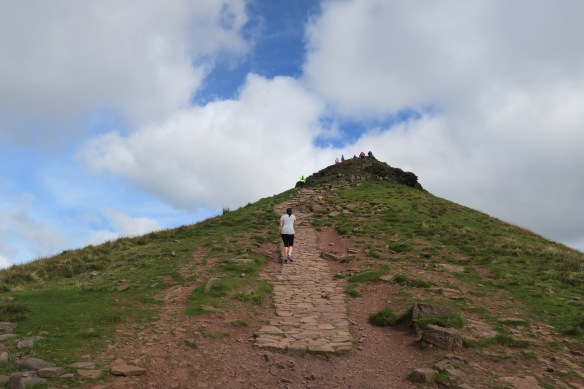 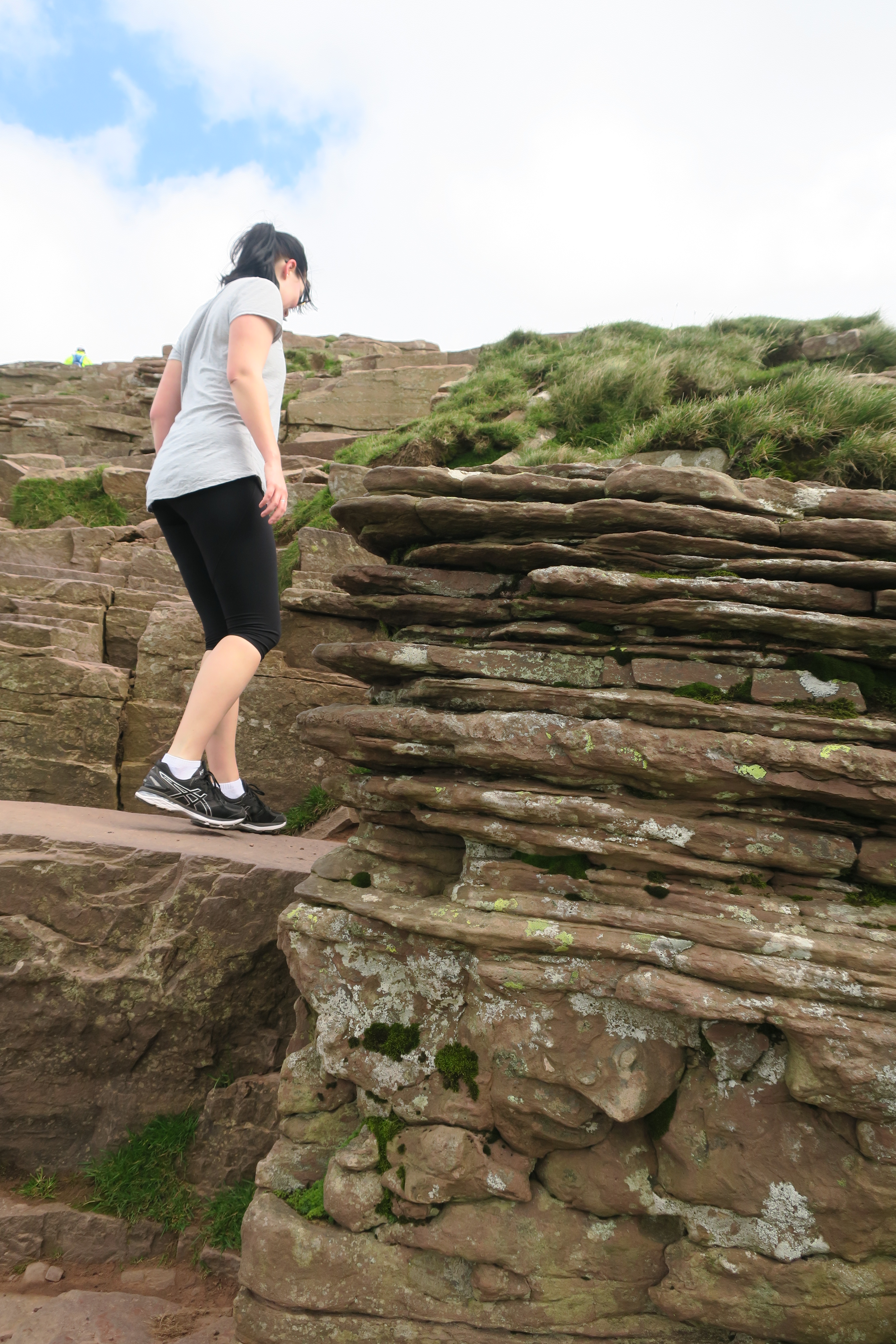 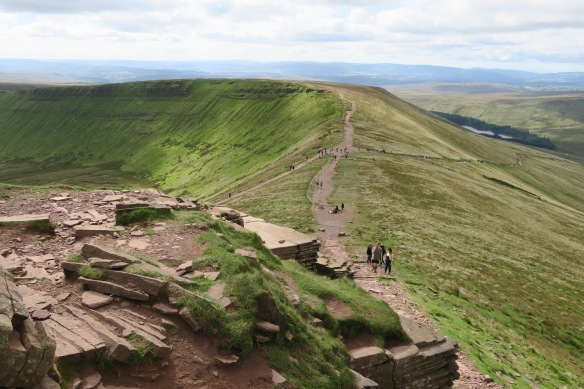 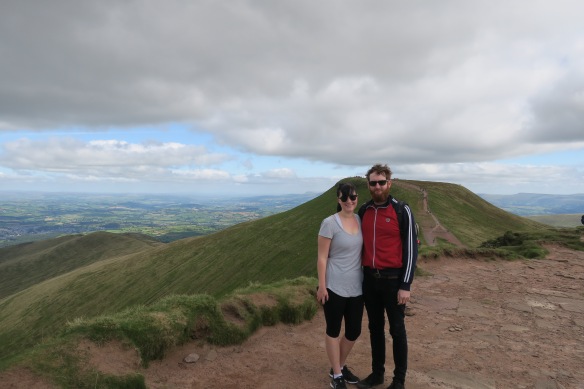 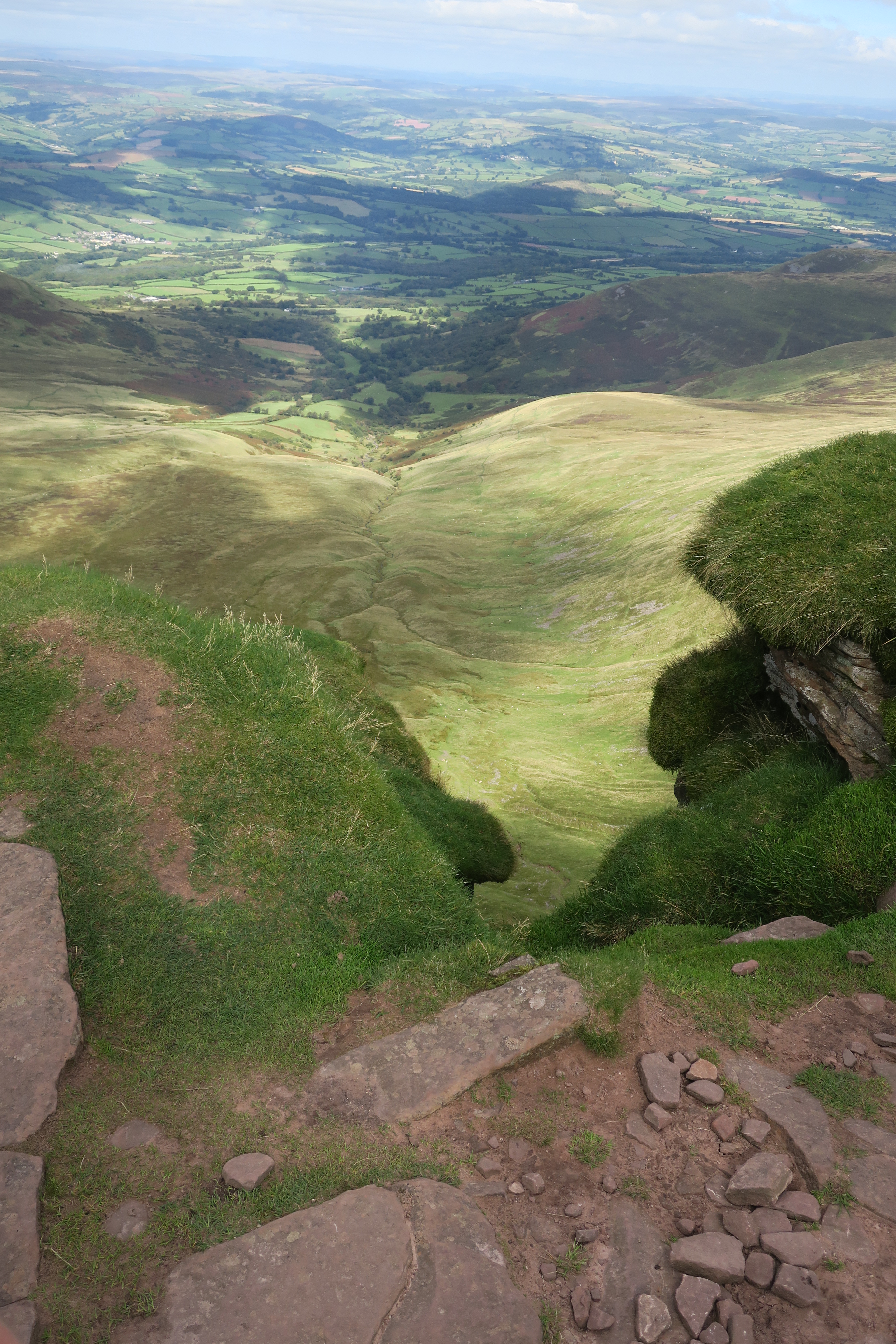 • Roald Dahl was born here.
• There is a Dr Who museum.
• The road signs are in English and Welsh
• People get dressed up in costume (hen’s nights etc) and climb the Brecons
• There was a massive, but very polite, queue just to get a photo at the summit marker (see below)
• There were a bunch of military doing training up there. Guns, backpacks, camo, the works. As one of them ran by us he joked, “We’re looking for a lost sheep.” Everyone LOL’d. 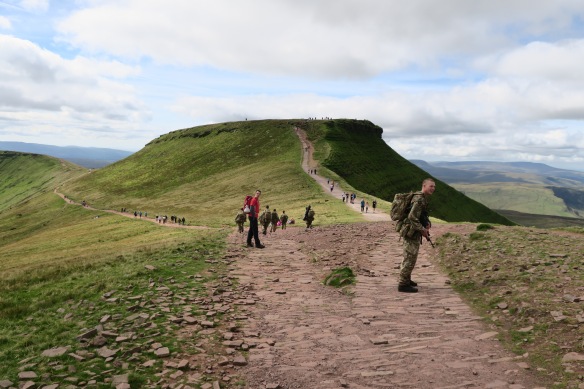 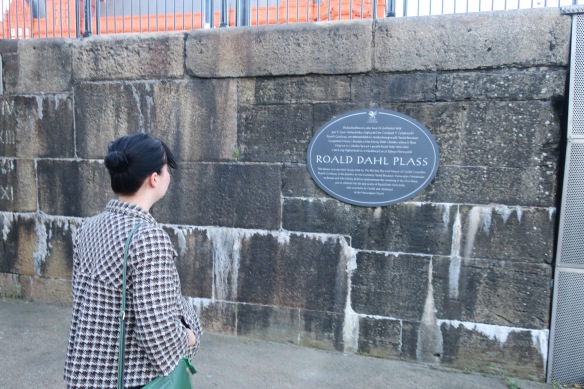 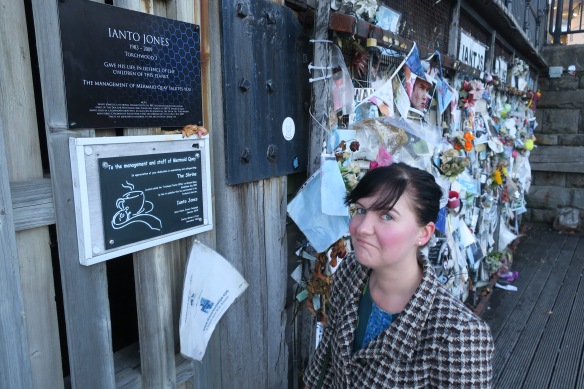 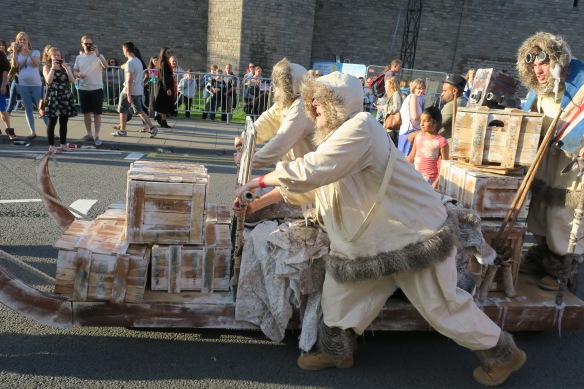 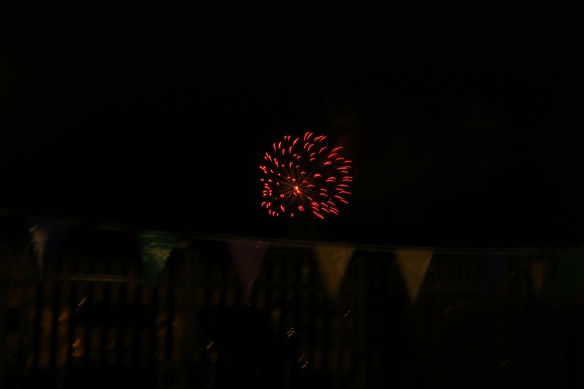