I have been desperate to hear this album for ages, and when it it’s UK and US release date had well passed and it had still not appeared on iTunes or was anywhere on the database at Rockinghorse – i actually emailed her management saying basically, but a little more politely, “WTF?”.

So like a leper in this digital, supposedly modern world, I resorted to Amazon. Yeah I know. I feel dirty.

Anyway I got the CD and as I have said before, holding music in your hands, devouring the booklet and credits (always wanting more), waiting that excruciating minute or two while the CD was ripped into iTunes — is actually quite a refreshingly blissful ordeal these days.

So Cate fucking rocks. Like she really does rock. She has these sweet, sweet quirky melodies and harmonies, but there’s always big-fat- fuck-yeah drums behind and a morbidly obese bassline and then shredding guitars binding everything together. It’s not wimpy or reserved, despite appearances. And it is just such a perfectly happy balance. This is what I attempted my whole musical career – a happy mix of light and dark, humble and hesitant set against a musical tsunami sweeping over you.

At first I thought it got a tiny bit bogged down in the middle, but those songs were just growers. Sometimes the best songs.

Highlights are “Fold the Cloth“, “Cyrk”, “Falcon Eyed” and “Ploughing Out Pt 2”. 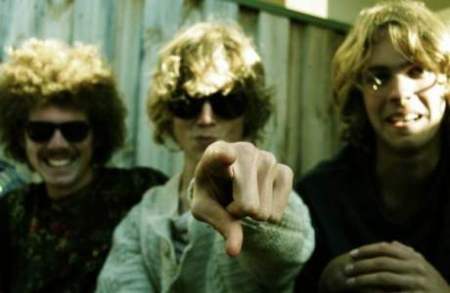 I’ve posted about this band before but here is another riff-based jam that rips the fuck up outta shit – any shit you wanna throw at it. Enjoy.

This song initially sounds like it belongs in Sesame Street, but then when the singer starts talking about someone objecting to getting songs written about them — well I like self-referential songs and let’s face it – it’s a bit post-modern writing a song about song-writing. 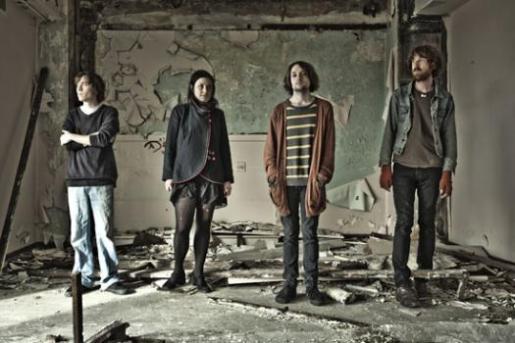 This is a band from Sydney. And being from Brisbane, especially at State of Origin time, I was a bit “icky” about considering whether I’d give them a go. It goes further than that cause being from Australia you feel a bit like every single Australian band is trying to be so serious, and in doing so copy some global trend and not be “Australian”. Or even “Sydney”, or even “Brisbane”. And I can remember being from Brisbane all the Melbourne bands and the Sydney bands would be like, “Hmm”. In that way that “hmm” sounds like you are really saying, “You fucking hicks, get outta my way.” But “Tidal Wave” was one of those songs I knew I would fucking adore even after the very first listen. And apart from being amazing and featuring really cool basslines I think this band has serious talent. I also love the artwork. And they do remind me a bit of another Sydney band… 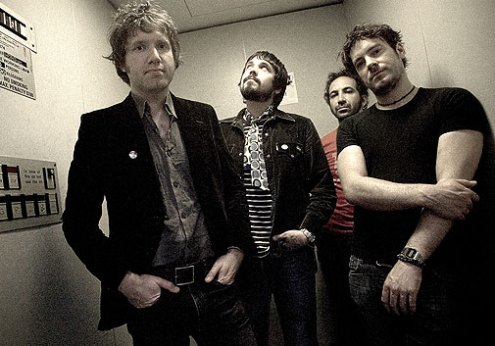 (Actually a pic of the Lovetones — Matthew’s post Drop City band)
This is an awesome, awesome band and this is just one of their crazy-amazing songs. If you can track down “Setting Sun” or “Apple Tree” then wow. Good for you and you won’t be disappointed.

This song has a version of that drum-riff I call “Bruce” – after the drums in “Dancing in the Dark“. And I rarely find a song that employs this that I don’t like. Understated chorus – nice groove. Eminently danceable. (I like the awkward family portrait promo shots they did for this new album too).

HERE WE GO MAGIC “How Do I Know”

I am not sure I like anything else by this band – but this song has those clean, pleasantville guitars: this simple accessibility. And it builds. And when the drums/percussion get more interesting towards the end, it should have you hooked. 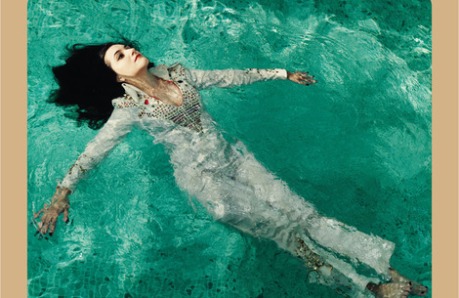 Alex has a new single. YAY! About 90% of you will complain about her voice – but I love it. This song has a bunch of awesome hooks and I heard it precisely once and then bought it off iTunes. TRUE STORY. 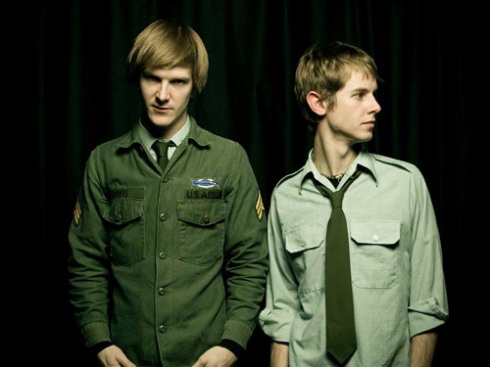 I only heard this song today, maybe I will end up hating it ion a few hours – but the clip was interesting and as I’ve said before – dancing in videos holds a very special place in my heart. Indeed dancing is the GREATEST. (I am a pretty good dancer by the way.) Anyway – what do you think of this song?

Don’t forget that Frida Hyvønen‘s album is finally available. That Spiritualized album is fucking fantastic – ignoring a few songs a bit too rich in the “Jesus save me” or “Jesus saved me” stuff. Cate Le Bon‘s album comes out in 2 days. Beach House are ripping shit up as usual, but you don’t need me to tell you that.